We were asked to erect a new temporary officials viewing tower for Bournemouth Rugby Club whom we officially sponsor.  It was erected with a Temporary roof and side sheeting with access in the form of Stairs.  This is used for their official media stand.

The use of IBC containers (water butts) were used as counterweight to make the structure safe in all weathers. 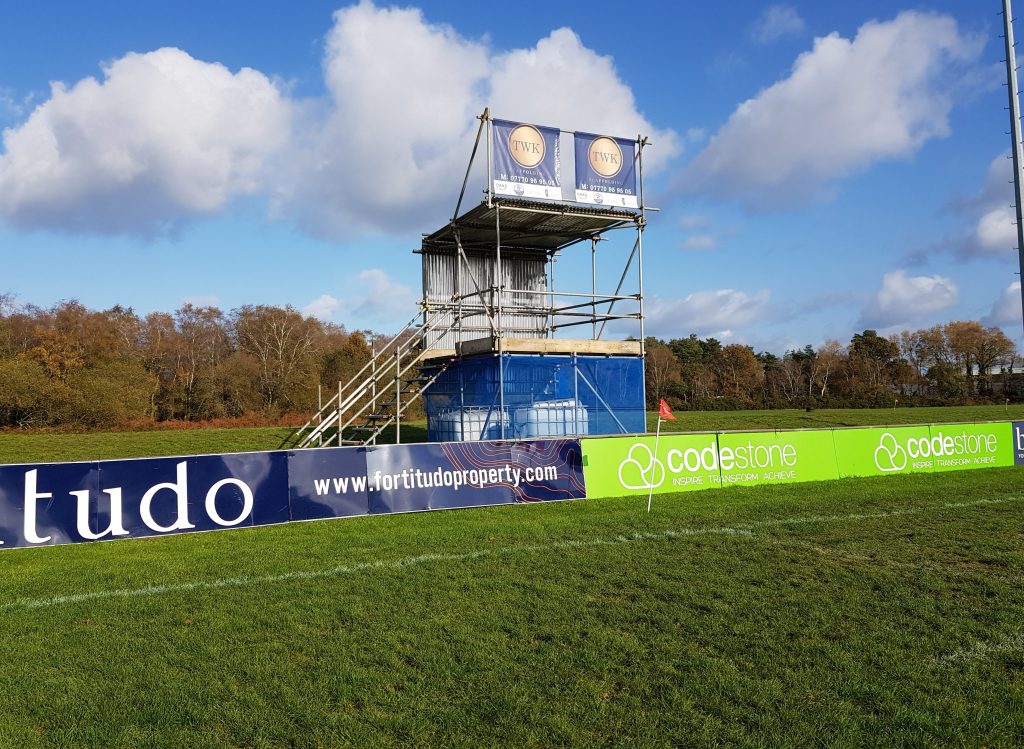 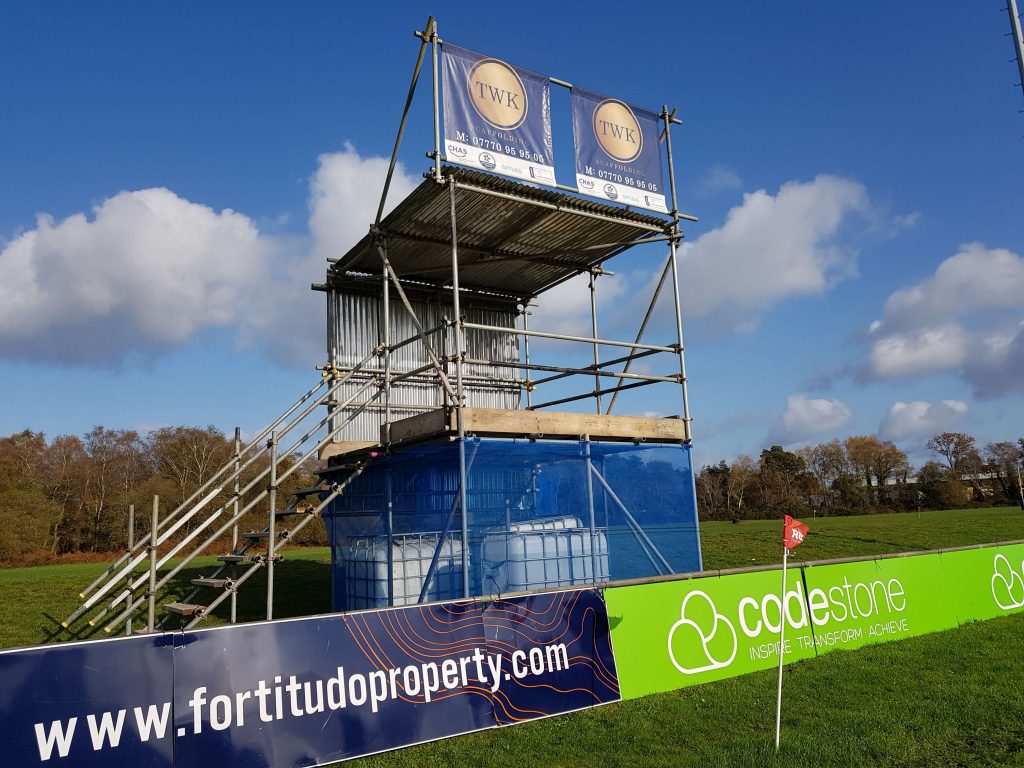